Remember when your hair was long?

You could leave the key in your motorcycle.
The highway had just one lane in each direction.
The shops were just the shops.
You could swim in the river.
The air you breathed was clean and fresh.

That is Tasmania…now…today…those times still exist.

Separated from mainland Australia by the 240 km stretch of Bass Strait, Tasmania is a land apart – a place of wild and beautiful landscapes; friendly, welcoming people; a pleasant, temperate climate; wonderful wine and food; a rich history; and a relaxed island lifestyle. 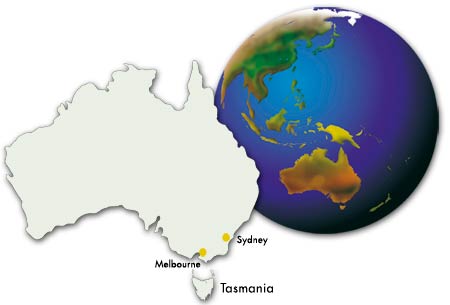 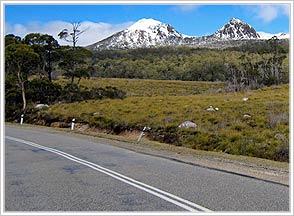 Have a look at Hobart right now:

Our climate is temperate, and generally mild, but we ARE at 42 Degree South, right in the path of the “Roaring Forties’. Winds that sweep around the globe at this latitude. These winds mean we have beautiful clean air, and changeable weather. The maritime climate means we do not get much extreme weather, such as continental USA or Europe.  Winters are cool, but not freezing, summers are warm but rarely hot.  With appropriate clothing, motorcycling is pleasant almost all year round (except maybe July, August).

Other than the main Highway 1, Tasmania’s roads are generally winding and challenging.

It is possible to ride a thousand kilometres here, and not see a straight road. This is why we are so popular with motorcyclists from all over the world.

There are some dangers, which should be considered:

Many visitors underestimate distances in Tasmania. It has been said that one Tassie kilometre is equal to two on the mainland.

A trip around Tasmania is like riding your favourite road at home, joined to someone else’s favourite road, and then another and another, in a continuous ribbon of great roads.

The roads are fantastic, and very challenging, they are generally smooth, but winding and narrow, you must concentrate all the time as there is no room for error.

A trip around Tasmania in 4 days is technically possible, but involves long days in the saddle, one after another. The distance is around 1800km for a minimum round trip.

We recommend 7 days and around 2000 km as a minimum time to circumnavigate Tassie, we suggest you take your time, and go the long way.If you only have a short time, think about a half circumnavigation, or base yourself in one place and do day rides. Many such trips are possible from a base in Hobart, or the North West.

International visitors may find just the fare to get to Tasmania click on this link Qantas International. For USA visitors, the Aussie AirPass is hard to beat. More information on Tasmania can be found at Tourism Tasmania. 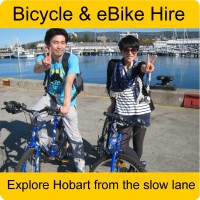 Let us show you around this great state. We can get you riding on a top class motorcycle. Take yourself, or let us help with tours between 3 and 12 days motorcycle-accommodation packages. If you take yourself, you we can help with advise and maps.